For perhaps the third time in the past few months, I received a letter in today’s mail from a young family hoping to buy a lakefront property in Oxford County. They are, they explained, “seeking more solitude and quality family time,” a place to make memories. They are “well qualified and may be able to do a quick cash closing.”

I know, from speaking with local realtors, as well as from the dizzying speed with which two of our kids recently sold their homes here, that real estate in rural Maine has become an extremely hot commodity during the pandemic. Whether it’s a year-round home or a vacation condo, nothing stays on the market for long these days, and I can only imagine how hard it is to find waterfront property. Prospective buyers have taken matters into their own hands, obtaining the names and addresses of camp-owners from local town offices and mailing out a barrage of hopeful letters.

Thanks to the foresight, careful planning, and hard work of our parents, our family has owned just such a property on North Pond in Woodstock for more than 65 years, but if you know anything about me at all, you already know that. You probably also know that our family camp is the center of my universe, and it is emphatically not for sale. So I won’t be replying to any of these inquiries, but, if I were to respond, I might say something like this.

Thank you for your letter. You certainly sound enthusiastic and wholesome, and I hope you are able to find the perfect lakeside camp for your family to enjoy, but I’m afraid it won’t be ours.

Here, in no particular order, are ten of the many reasons I won’t be selling our camp to you, or anyone else:

I wish you the best of luck with your search! 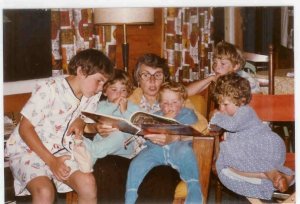