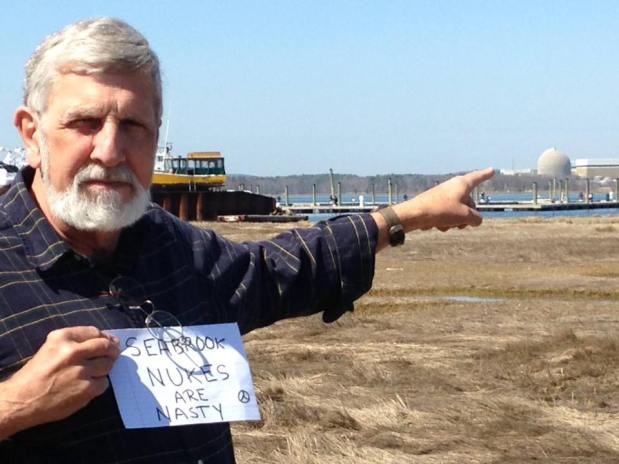 In honor of his birthday, I’m posting this essay I wrote about my brother Andy,

and a letter he sent me a long, long time ago. It’s a testament to just how important that letter was to me that I still have it and still know where to find it…right on top of my messy desk with a few other treasures that still inspire me. Happy birthday, Andy, and thanks.

In May of 1969, I had just turned ten years old. Andy, the youngest of my three much-older brothers, was 22, a year out of college. Like the others, he had attended a top engineering school on an ROTC scholarship, expecting to serve in the Air Force upon graduation. But he was diagnosed during college with mild epilepsy, which prevented him from enlisting in active service, and instead spent the next several years doing what our straitlaced mother called “trying to find himself.”

My hometown in Connecticut seems, upon reflection as an adult, to have been determinedly insular. When I think about all of the significant and disturbing events that took place in the late ’60s and early ’70s—the escalation of the war in Vietnam, race riots and the assassination of Martin Luther King, the Kent State shootings—it should have been a terribly frightening time to be a kid. And while I do remember the TV coverage of those events (I know that my family had only a black-and-white TV at the time, and yet I could swear I remember scenes of red blood spilled on the pavement or in the dust, or splashed across the uniforms of soldiers) there was not much talk, direct or overheard, about current events in my home or at my school.

I puzzle now over why this was so. My mother subscribed to two daily newspapers, as well as Time magazine, and never went to bed without watching the 11:00 news. Even more significant, my oldest brother was an Air Force captain who spent most of 1969 in Vietnam, and his wife and two young sons lived with us during his tour of duty. Yet what I remember most about that time, besides playing with my little nephews, are the letters Steve and Peggy wrote to each other every day on blue air mail stationery, the occasional reel-to-reel tapes he sent so the boys could hear his voice, the single phone call—patched through a ham radio operator in Seattle—that he was able to make home during that year. It didn’t occur to me that he was fighting in a war; he was just…far away.

It was Andy who set about to open my eyes, in a letter he sent me two months after my tenth birthday. Enclosed in the envelope was a poem written by Mason Williams, of the abruptly cancelled Smothers Brothers Comedy Hour, called “The Censor.” Andy had written the poem out on a doily; it included the lines “The censor… / With a kindergarten / Arts and crafts concept / Of moral responsibility / Snips out / The rough talk / The unpopular opinion / Or anything with teeth / And renders / A pattern of ideas / Full of holes / A doily / For your mind.”

If we don’t talk about our problems, my brother pleaded with my ten-year-old self, we will never solve them. He wrote of things right here in America that are “not very pretty at all,”—slums filled with “black, yellow, and brown kids,” millions of poor people starving “right here in ‘pretty’ America,” and then, most shocking, “what about hundreds of American kids my age who are dying every week in Vietnam—is that really necessary for the security of our country?”

Was it? I didn’t know; it had never even occurred to me to wonder about those things, which, until the day I got that letter, seemed inevitable, and certainly beyond the control of kids like me.

Over the next few years, Andy would continue to stir things up in my safe world, bringing music and literature into the home where my mother and I now lived alone. I gave up Tiger Beat magazine for his second-hand copies of Mother Earth News, and bubble-gum pop music for Dylan, Kristofferson, and Simon & Garfunkel.

On a few occasions, Andy and my mother had it out over his “bad influence,” and at one point she even asked him to refrain from talking to me about “inappropriate” topics, like war and inequality. Always a champion of social conscience and an open mind, he flatly refused, asserting that I had a right to more than one influence over my development.

I have never grown entirely comfortable with speaking my mind. To this day, I too often prefer to avoid uncomfortable topics, and I don’t always speak up when I should. But when I do jump in, whether through writing or speaking, to try to right a wrong, or call attention to injustice, or contribute to a debate, it’s because when I was ten years old, I was shown that I had both a voice, and a responsibility to use it.