I wrote this for Mother’s Day several years ago, when my own mom had only been gone for five years, but I’m sharing it here because after twelve years, I still feel the same way: she will always be my teacher, and there is still 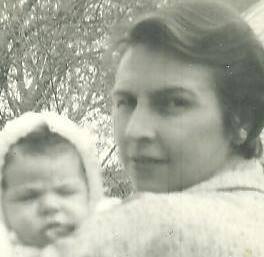 so much to learn. Happy Mother’s Day, Mom.

“She will always be my teacher. Our time here is short, even when we are fortunate to live long. I cherish every moment. A mother’s heart is as big as the world. There is still so much to learn.” — poet and writer E. Ethelbert Miller, on visiting his 90-year-old mother in a nursing home, from NPR’s Weekend Edition, May 10, 2009.

It’s Mother’s Day. This morning on my walk I thought first about my own mother, of course, and some of the things she did and said that I will always remember, and some of the ways in which she taught me and scolded me and loved me. Then I thought about my children and some of my own mothering moments, and I wondered if the things that seem significant to me are the things they’ll remember best…and I decided they’re probably not. I doubt if my own mother ever knew, for instance, that, to me, one of the defining moments of her motherhood occurred early on a summer morning when I was six, after she had stayed up all night long installing a flush toilet in the camp all by herself (because my brother Steve was marrying a “city girl”). When I got up the next morning and started to head for the outhouse, she opened the bathroom door with a flourish and said those magic words… “You can flush!”

That moment taught me so many things: You can do anything you make up your mind to do. You don’t need a man around to take care of the “manly” projects. Finish what you start, even if it means you have to stay up all night. (OK, I’m still working on the “finish what you start” part, but I have been told that when I’m involved in a project I’m like “a dog with a piece of meat,” and I know just where that tenacity comes from). It’s a good thing to welcome your children’s friends and partners and spouses into the family…sometimes you do it with a pie or a cake, but sometimes nothing says “we’re happy to have you here with us” like indoor plumbing.

I’ve been thinking all day about mothers, motherhood, and mothering, and about some of my favorite mothers. I’ve been mothered by countless women throughout my life, whether or not they realized it, and in the years since I’ve been, technically, motherless, I’ve been fortunate to find mothering when and where I need it. Sometimes it’s as obvious as a hug, or something written in a card that makes me feel especially loved, but often it’s much more subtle…maybe it’s a friend’s reaction to my bragging about the kids that seems as proud as if she were their grandmother, or that slightly bossy note in an older woman’s voice that I didn’t even know I’d been missing, that tone that says, “I’m a mother and I’m used to people doing what I tell them.”

In Meredith Hall’s heartbreakingly beautiful memoir, Without a Map, she writes:

I have a friend who donates blood every time the Red Cross holds a drive. When I tell her that I admire her for her generosity, she says, “I only go because I need the mothering so much. It feels good to be touched. The nurses are kind and make me feel loved.”

If we are lucky, we get the mothering we need, wherever we can find it.

Happy Mother’s Day to all of my favorite “other mothers”: 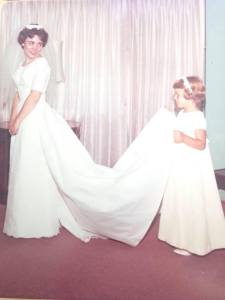 To Peggy, the matriarch of our family since my mother died. We call her the BBSE – the Best Big Sister Ever – but she has mothered me in so many ways ever since Steve had the good sense to start dating her when I was two or three years old. (Which was it – 1961 or 1962?) I don’t remember a time when she wasn’t part of the family. (And she would have happily continued to use the outhouse at camp, but we’re all grateful that she was Mither’s excuse for putting in a flush.) 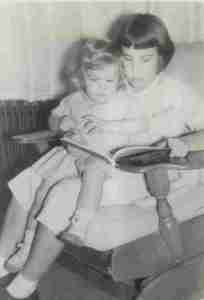 One of my first, and best, teachers.

To Leslie, who was the Baby Princess for nearly ten years, but never complained, at least to me, about losing that status when I was born.Maybe she was lucky in a way – she got a real live baby to practice her mothering skills on when her friends had to make do with dolls. Or maybe her kids were the lucky ones. I wonder if she ever dug her fingernails into their wrists hard enough to draw blood? 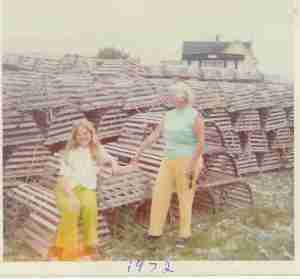 At 13, I wasn’t that easy to love, but Auntie Winnie never stopped.

To Winnie, who passed away almost five years to the day after my mother.“Besides your mommy and the doctor and nurse, I was the first person who got to see you when you were born,” she used to tell me, and I always knew that she had loved me unconditionally from that moment on. Unconditional love, the almost exclusive province of mothers, is not something to be taken lightly; most of us are fortunate to have it from one mother, let alone two.

To Aunt Leota, who worked in a bank and wore perfume and makeup and had the softest skin. I thought she was the most beautiful, best-smelling mother in the world, and she sometimes let my uncle and my cousins keep the Red Sox game on even during dinner. 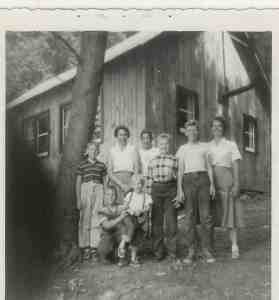 That’s Auntie Bet on the right, on a visit to camp in the mid-’50s.

To Auntie Bet, my mother’s dearest friend for more than 60 years, who modeled strength, independence, and intellect, and who helped to teach me the value of women’s friendships.

To Mrs. Abercrombie, Mrs. Walkama, Mrs. Mendelson, Mrs. Hower, and Miss Diggs. I was so lucky that my first five teachers were all such nurturing, motherly women, who understood that at five, or seven, or nine, I was really still just a baby. 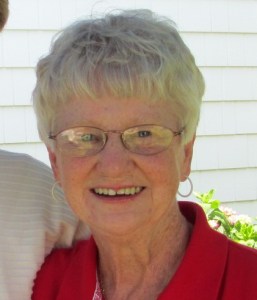 In spite of the dog poop incident, she treats me like one of her own.

To Donna’s mom, who once scrubbed dog poop out of my clothes with Lestoil when I tripped on the way to her house and fell in it, instead of sending me home to my own mother…who is “Italian by marriage” and still sends me home with food when I visit…who wrote on my graduation card two years ago, “We love you and brag about you as if you were our own daughter.”

To Maria’s mom, who let us monopolize her TV room and fed me about five nights a week for a while in high school when Maria and I went on an extended Star Trek binge, who worked seven days a week with her parents on their farm, and who epitomized the phrase “the salt of the earth.”

To Ev Nickerson, who allowed me underfoot in the kitchen of the Sunday River Inn, and taught me to make yeast breads. 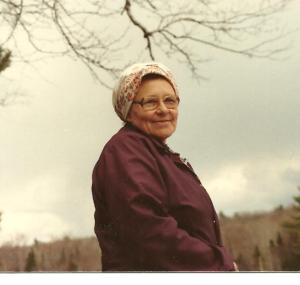 There will never be another Diddy.

To Diddy, who shared my love of baseball and gave freely of her time, recipes, baked goods, and advice – both solicited and unsolicited – when I was a clueless 20-year-old newlywed. 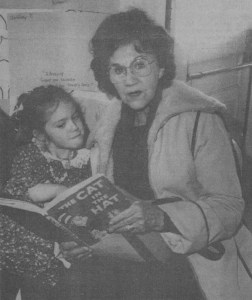 One of the world’s best mothers-in-law.

To Mabel and Ida…if you believe the sitcoms, stand-up acts, and popular culture in general, two wonderful mothers-in-law in a lifetime are a statistical improbability, but that’s what I was fortunate enough to have.

To Cynthia, long-time camp road neighbor and friend, who gave me cookies and peanut butter sandwiches when I showed up at her door as a three-year-old, and whose family shared so much of my family’s early camp history from the 1950s and ‘60s.

To Joan, my camp road walking partner, who is just enough older to seem motherly at times, but who shares my memories of growing up on the lake as a summer kid.

To all the others who have mothered me, and to all mothers everywhere – Happy Mother’s Day.