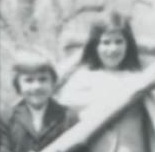 This weekend, my best friend, Donna, and I are celebrating the golden anniversary of our friendship—BFFF: Best Friends For Fifty. In comic book terminology, an “origin story” is an account or back-story revealing how characters gained their superpowers. This is ours.

Fifty years ago this September, on the morning of my second day of second grade, I waited for the bus at the end of Marshall Street. My older sister, Leslie, the only one of my siblings still at home, had already left the house to walk to the high school, or catch a ride with her best friend Mary Lee’s older brother, Johnny, whom my mother trusted because he lived across the street and was our paperboy.

As on the previous morning, my mother had packed a peanut butter sandwich, an apple, and two cookies in my red plaid metal lunchbox, and taped two nickels—one for snack milk, one for lunch milk—inside the lid. She sat at the wooden table beside the kitchen window with me, sipping black coffee while I ate my Cheerios and milk and drank a tiny glass of orange juice. Then she drove me the tenth of a mile to the bus stop on the corner, because it was on her way to work.

The day before, on the first day of school, she had parked the car and waited with me beside the mailboxes that belonged to the two almost-identical ranch houses across the street until the bus came. But now, on my second day, I was an old hand at the bus routine, and she stopped the car to let me out, bestowed a quick kiss on my cheek, and was gone.

I was the first to arrive at the bus stop, ahead of the four Milewski siblings, who lived across the street from us, in a house almost hidden behind overgrown spruce trees. The Milewskis, two boys and two girls, had been the only other kids at the bus stop yesterday, and my mother had made sure we all introduced ourselves, but they hadn’t spoken to me again, and none of them had turned out to be in my grade.

This morning, though, a moment after my mother’s station wagon disappeared around the corner onto Ford Street, the front door of one of the houses across the street opened, and a woman in a flowered house dress stepped out, followed by a freckled girl with short dark hair, her bangs cut in a straight line across her forehead like my own.

I watched as they walked together down the path to the driveway, then down the driveway to the street, and across to the bus stop. The woman, who was much younger than my own mother, and tiny, walked right up to me, propelling the little girl toward me with a hand between her shoulder blades.

I told her, keeping my eyes downcast and pretending a sudden interest in the toes of my saddle shoes.

“What grade are you in? Who’s your teacher? Mrs. Mendelsohn! You’re in Donna’s class! You two must have met yesterday.”

Without raising my head, I studied Donna from beneath my lashes, and saw that she was doing the same to me. Had she been in my class yesterday? I couldn’t remember, nor could I recall her mother in the throng of parents who walked their kids to the door of the classroom on the first day of school. There were nearly thirty kids in my new class, and so far all I knew was that there were three boys named Michael.

“I need to ask you a favor,” Donna’s mother was saying to me. “Are you used to taking the bus?”

I thought about the question. The year before, I had gone to a different elementary school, Point Beach, because it was just down the hill from the house where my mother took care of a little boy while his parents worked. I walked to school then, with my friend Susan. But now my mother had a new job, as the librarian at another of Milford’s seventeen elementary schools, so I was attending West Main Street School, where Leslie had gone to school through the eighth grade. It was across the busy Boston Post Road, and too far for second-graders to walk in any case, so now I was a bus kid.

Yesterday had been my first time on the bus, but I had taken it twice—to school in the morning and home again in the afternoon, where Leslie was waiting to meet me. And when my mother got home from work, she had told me I was “an old hand” at the bus routine now, and would not need her to wait with me the next morning.

“Good,” said Donna’s mother. “This is Donna’s very first time on a bus. Will you take care of her, and make sure she gets to school safely, and home again this afternoon?”

“Okay,” I said, relieved, because this was an easy job.

I took my duties seriously, leading the way up the bus steps as soon as the rowdy Milewski siblings had boarded. I steered my new charge to the seat directly behind the driver, Irene, where I had sat alone yesterday.

“This is Donna,” I told Irene importantly. “It’s her first time on the bus.”

“Yeah?” said Irene. She cracked her gum and said nothing more.

Donna and I rode the bus together, sharing a seat, for the rest of elementary school. That first day, I took care of her, as her mother had asked. After that, we looked out for each other—on the bus, at school, and everywhere else we went. We guarded each other from mean boys, mean girls, mean bus drivers, and mean teachers. We passed notes in class, spent hours on the phone, and wrote letters every day during the summers, when she was in Milford and I was in Maine.

We were Brownies and Girl Scouts together.

We grew up and went to high school and got our driver’s licenses together. 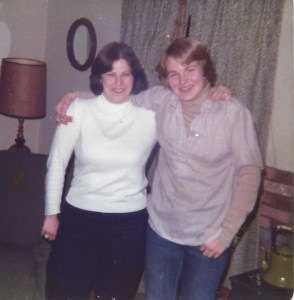 We’ve shared dozens of birthdays, hundreds of sleepovers, and thousands of tears.

When my first husband left for good, I called her before his car was out of the driveway.

When her brother had a terrible accident, I knew before I picked up the phone that she was calling with bad news.

Her mother calls me her second daughter. Donna had a place in my mother’s obituary, listed as her “third daughter.”

Over the years we have helped each other navigate relationship drama, workplace aggravation, and health crises—and now, menopause, arthritis, and absentmindedness.

After fifty years, we’re still taking care of each other. 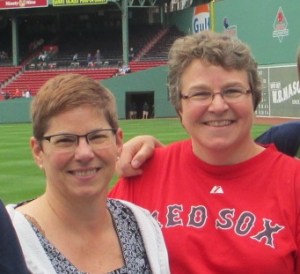