Here in the mountains of western Maine, it nearly always snows in April. I know this, but it still gets me every year. There’s usually ice on the ponds for at least two thirds of the month, and a big, dirty pile of snow on the north side of my house until almost May.

A hundred miles south of us, people are raking their lawns by April first and posting photos of 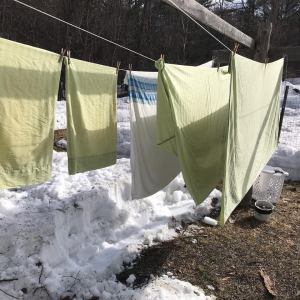 daffodils on Facebook by mid-month, while, this year at least, we haven’t even started to think about putting our boots away. We’re still looking ahead to the satisfying ritual of watching the mud in the driveway dry up, because we’re still waiting for the snow and ice on top of the mud to melt.

April is when we pay for every sunny day in the 50s with three days of mixed precipitation and below freezing temperatures.

The icicles that have dangled from the eaves for four months finally give up and crash down into the still-buried flower gardens, only to be replaced with new ones.

Okay, so I do realize that when T.S. Eliot wrote, “April is the cruellest month,” he wasn’t talking about the weather, or at least, not the kind of April weather we’re accustomed to in northern New England. (Eliot spent most of his life in England, where apparently there is such a thing as spring, and his biggest quarrel with April was that its mild weather and blooming lilacs were incompatible with his morose state of mind.)

But there are other reasons that I find April a hard month to love.

There’s April Fool’s Day, for one thing. I hate it. I’ve hated it for about as long as I can remember. Wikipedia describes it as “an annual celebration commemorated on April 1st by playing practical jokes and spreading hoaxes.”

I don’t like practical jokes. At all. I believe that, in general, I have a pretty good sense of humor, but on April Fool’s Day, I turn into a cross between someone’s straitlaced grandmother and a petulant four-year-old, declaring, “That’s not funny!” when I turn on the kitchen faucet and get doused by the sprayer, around which someone has wrapped a rubber band. (Okay, that hasn’t happened in about twenty years, but, clearly, it left me with long-lasting resentment.)

As far as “spreading hoaxes” goes, why anyone finds that funny or clever in this age of everyday misinformation, disinformation, and manipulation by Russian bots is beyond me. It’s hard enough to distinguish between factual reporting and hyperbole in the media without devoting a whole day to deliberately spreading “fake news.”

There’s also the fact that my mom died in April, fifteen years ago. It was a cold, crappy, drizzly day, which is pretty much how I think of all of April now. Not only that, but I’ve always considered eleven my favorite, luckiest number, and she died on April 11th. And it was Easter. While I may still love Cadbury Creme Eggs to dangerous excess, Easter hasn’t felt quite the same for me since 2004.

April may well be my least favorite month—especially in a year when the snow began accumulating in mid-October and is still piled high on the north side of my house, and on the trails I’d like to be hiking in sneakers instead of snowshoes by now—but I’m at an age now when I’ve begun to really understand the wisdom of the folks who have always admonished, “Don’t wish your life away!”

In the spirit of finding something to appreciate about every minute, hour, day, and month—even the cruel ones—here, in no particular order, are Ten Good Things About April.

1) My parents’ anniversary was April 6, 1942. Although they were married for only sixteen years 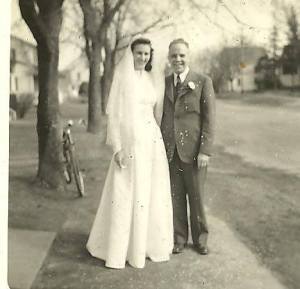 before my father’s sudden death, their union made possible not only my own life (which is pretty great), but those of my four wonderful siblings and all of our own offspring. It also gave me rich fodder for my writing, real and imagined, about their lives and times.

2) April 10th is National Siblings Day. Mine are simply the best. I think of them all every day, but having a day devoted to siblings gives me an opportunity to celebrate not only the five of us—siblings in the “traditional” manner, by birth, and united in our fierce and steadfast love for one another—but also my four amazing grown kids, who include every possible combination of full siblings, half siblings, and step-siblings, and love each other just as fiercely. 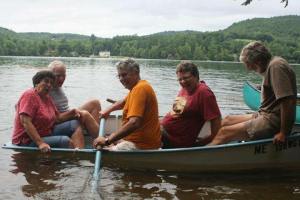 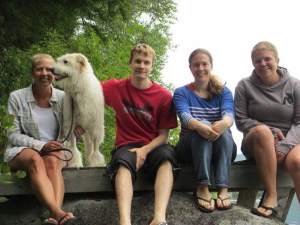 3) Author Beverly Cleary was born on April 12, 1916 and is still going strong, having just turned 103. Her children’s books about Ramona Quimby showed me that an ordinary kid with an ordinary life could get through the rough patches by being smart, outspoken, and a little irreverent, and taught me that “great big noisy fusses were often necessary when a girl was the youngest member of her family.” 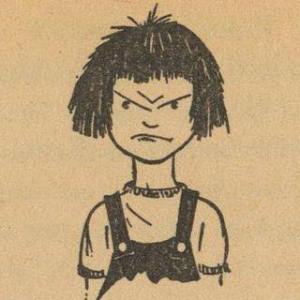 4) April is National Poetry Month, and I have always been grateful that my mother, an English major, read to me throughout my childhood, and that, interspersed with Ramona and Beezus, Pippi Longstocking, and The Big Book of Fairytales, there were selections from The Complete Poems of Robert Frost, A Child’s Garden of Verses, Now We Are Six, and many other well-worn, much-loved volumes of poetry.

5) Maine’s new governor, Janet Mills, has designated April as Maine Libraries Month, and I couldn’t love her more for it. In my family, libraries have always been regarded as hallowed ground, and librarians as somewhat akin to rock stars. My mom was a librarian. My son is a librarian, and so are at least a couple of cousins. I serve on the board of the Bethel Library and my niece is a board member of the Forbes Library in Northampton, Mass. You could say that the love of all things literary runs strong in my family.

6) My second birth daughter, the irrepressible Caitlin, was born on April 8th and I don’t think anyone who knows her believes that it would be going too far to say that the world has never been the same since she arrived (yes, during a snowstorm) and loudly announced her presence on… 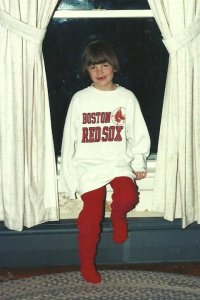 7) …Opening Day of Major League Baseball season. Cait was born an hour or so after the Red Sox defeated the Yankees, 9-2, at Fenway Park. Both Dwight Evans and Jim Rice homered in that game, and I’m pretty certain that the fact that I watched the entire nine innings while in labor has something to do with Cait’s lifelong love of baseball in general and the Boston Red Sox in particular, as well as her ability to name every member of the team by the time she was three years old.

8) National Pet Day is celebrated on April 11th, and even though my own pets are convinced that 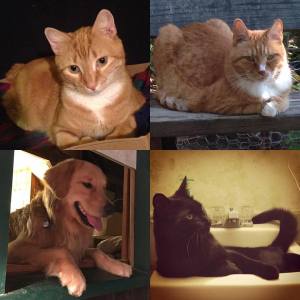 every day is National Pet Day, I always enjoy the opportunity to share yet another photo of them on social media.

9) April contains a week-long public school vacation, and even though I graduated from high school more than forty years ago, I’ve never forgotten how it felt to leave school on a Friday knowing the next nine days were mine to do with exactly as I liked. And even though I haven’t always worked at jobs with a school schedule, whenever I have, I’ve come to realize yet again that it wasn’t just the students who left school the day before vacation with an extra spring in their step. There may be snow in the yard and mud in the driveway, but April vacation comes along at just the right time to let teachers believe they may survive the school year after all. 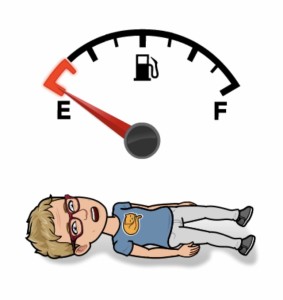 10) In addition to the aforementioned (alleged) nationwide celebration days that fall in April, the month contains several others about which I (and probably most of you) have been woefully ignorant…but no more!

From now on, I’ll be helping to combat my generally negative feelings about the month by 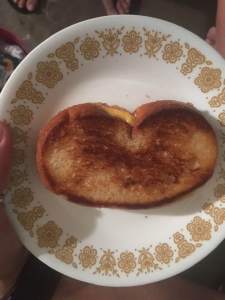 April 18th is National Velociraptor Awareness Day, and I’m at a bit of a loss as to how to best celebrate that one, but it’s fast approaching, so let’s all see if we can figure it out.

And perhaps it would be best not to warn my boss about this ahead of time, but tomorrow, April 16th, is National Wear Pajamas to Work Day. 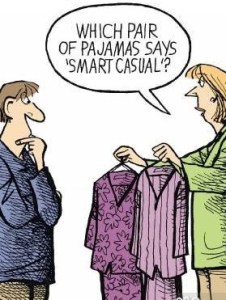