Back in 2005, when I was opening a bakery, I looked for a fun, casual typeface for all my signs and labels. I wanted a font that said, “Relax! There is nothing in life so serious and dire that a whoopie pie won’t help to lighten the mood!” I wanted my customers to walk in and say, “Well, here’s a fun little place with great cinnamon rolls in the bakery case, crazy colors on the furniture and walls, and a lovable, funny proprietor in the kitchen!” 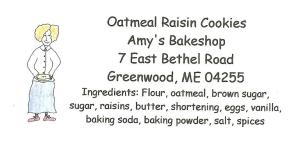 I chose a font that seemed to say exactly what I wanted. How was I to know that Comic Sans, which was created in 1994 by then-Microsoft designer Vincent Connare to evoke hand-lettering of the sort most often seen in comic books, was—by the time I stumbled across it and thought, perfect!—the subject of worldwide ridicule?

OK, OK, so I understand that the fun, lighthearted Comic Sans is not an appropriate typeface for, say, the resumé you’re sending to Pompous & Stuffy, Inc. Or your Aunt Sally’s gravestone. Or Cleveland Cavaliers owner Dan Gilbert’s angry letter about LeBron James’ betrayal. Or this sign, warning people of the imminent danger of death at an electrical substation: 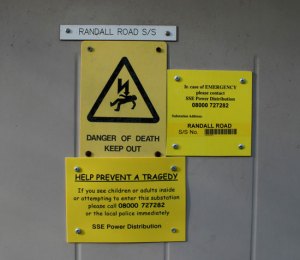 But does this casual, innocent little typeface really deserve the amount of vitriol that has been expended toward it over the past 15+ years? Does it deserve to be the subject of the “Ban Comic Sans” movement that has exploded in articles, blog posts, and even a Ban Comic Sans Official Website (which asserts that using Comic Sans in the wrong context is like wearing a clown costume to a black tie dinner)?

Just because people make mistakes about where and how Comic Sans can be appropriately used, do we really have to blame the font, and call for a total ban?

Google “Comic Sans,” and the first result is the Ban Comic Sans website. Among others near the top: “What’s so wrong with Comic Sans?”, “Comic Sans Criminal: There’s help available for people like you!”, and “Comic Sans: The font everyone loves to hate.”

Now, because of all of this negative press, when I look back at my “pie lady” logo and the “Amy’s Bakeshop” I so proudly painted on my sign, had embroidered on hats and aprons, and used on every label on every pie, cake, and loaf of bread that left my bakeshop, I’m a little mortified.

To tell you the truth, it’s not unlike the nagging feeling of doubt I get when I look back at photos of 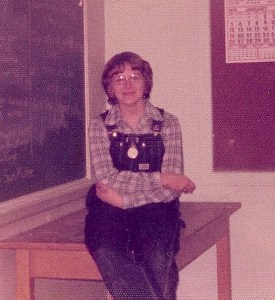 me from high school and realize that maybe (just maybe) farmer’s overalls, flannel shirts, and my father’s gold pocketwatch hanging on a chain around my neck did not combine to create the stylish look I thought they did. Aughh! What other significant aesthetic mistakes have I made in my lifetime? (Don’t answer that, please; I have a feeling they may be too numerous to list.)

Holly Combs, who runs the Ban Comic Sans website with her husband, Dave, says, “Comic Sans is in the hands of people that shouldn’t have it. Secretaries and librarians, they don’t use it well.”

Besides the fact that Ms. Combs’ statement is offensive to secretaries and librarians (implying that if they had access to a clown costume, they wouldn’t have the good sense not to wear it to a black-tie dinner), it’s probably not even true. After all, it wasn’t Dan Gilbert’s secretary who chose Comic Sans for his vitriolic missive—he owns that mistake all by himself. And librarians? Please! Do you really think a segment of the population most often caricatured by horn-rimmed glasses, sensible shoes, and the constant admonition to “Shhh!” is going to suddenly go rogue with a font that has been described as frivolous and irreverent?

People seem to take their hatred of Comic Sans quite seriously. Comments on the Combs’ website include “It is a disgusting font – immature, frivolous and visually jarring” and “conveys silliness, childish naivete, irreverence.” There is even—I am not making this up—a book, due out in April, titled Thou Shall Not Use Comic Sans.

It all makes me feel kind of sorry for poor Vincent Connare, who undoubtedly has many worthy accomplishments to his credit, but is probably doomed to be best remembered for creating the typeface that font geeks love to hate. He has surely spent a disproportionate amount of time and energy responding to Comic Sans detractors, which is why he has included a page titled “Why Comic Sans?” on his own website, in which he explains that “Comic Sans was NOT designed as a typeface but as a solution to a problem with the often overlooked part of a computer program’s interface, the typeface used to communicate the message. There was no intention to include the font in other applications other than those designed for children when I designed Comic Sans. The inspiration came at the shock of seeing Times New Roman used in an inappropriate way.” 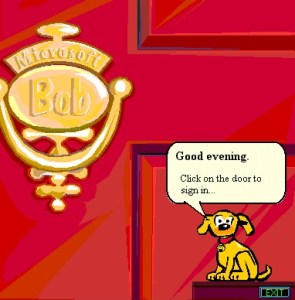 Because that would be like showing up to make balloon animals at a kids’ party…in black tie.